Africa is home to a variety of culture and rich tradition. But it also has a bunch of ‘weird’ sexual customs that have for some time now been courting controversy.

Proponents of these customs often talk about how beneficial they are, but in these modern times, critics say such customs which are believed to be still ongoing in some remote villages should be done away with as they are either a violation of human rights or contributing to sexually transmitted diseases. Here are some of them

Sexual cleansing
Locally referred to as Kusasa Fumbi, this tradition is practised in several African countries, such as Malawi, Zambia, and Kenya.

Under this ritual, young girls are required to have sex with paid male sex workers, locally known as “hyenas,” after receiving their first menstrual period, becoming widowed or after having an abortion.

The sexual cleansing tradition can last for three days. Girls are taken to a secluded place where they spend three days learning different aspects of womanhood, including how to please a man.

On the last day, a “hyena” is invited to cleanse the initiates. Locals believe the practice prevents diseases.

In 2016, the practice made headlines after news site BBC exposed a man who was hired to sleep with girls.

Eric Aniva was HIV positive and said to have sexually cleansed over 100 women and girls.

Since then, many activists have been campaigning against the practice, which is believed to be still ongoing in some remote areas in Malawi. 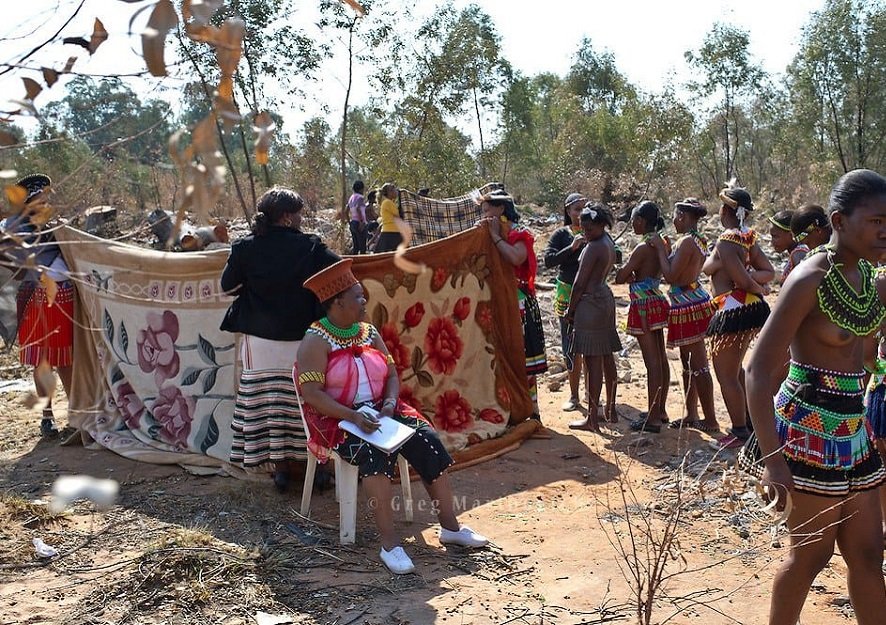 This is a popular tradition in South Africa, especially among the Zulu ethnic group who reside mainly in kwaZulu Natal province.

Girls who participate in this ceremony must have their virginity tested by a qualified virginity tester and this is done in a secluded room using bare hands.

The girl being tested must lie on her back with her legs open. The tester then opens her vagina with both hands and looks inside, apparently to see if her hymen is intact.

If all is well, the girl is given a virginity certificate.

Over the years, human and women’s rights groups have made calls for the practice to be banned saying that it is archaic and a violation of their rights.

But locals say it is necessary especially in the wake of HIV/AIDS in South Africa.

This is practised by the Wodaabe tribe, a subgroup of the Fulani ethnic group found in the Sahel region.

During the ceremony, which is in a form of a beauty pageant, men dress and make up, with their faces usually painted with different colours.

They do a spectacular Gerewol dance just to attract a woman at the ceremony, irrespective of she being married or not.

The women can also choose as many men as they want and have sex with them before they settle on one.

The interesting thing is it’s no big deal how long the woman has been married; once she has picked a man, the tribe accepts the new union and regards it as a genuine marriage.